With just two weeks before Turkey Day, it's time to get those necessary and procrastinated winter chores done before frigid temperatures make that impossible. Accomplishing the things on this list is even more important for those in very cold and snowy areas. With unpredictable and harsh weather, it's very important to make sure that your house and car will be a safe and functional shelter all season long.

To make it easier, print this checklist to help get it done! 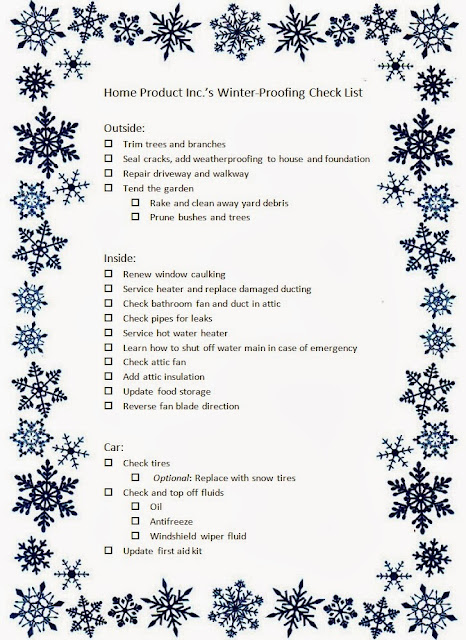