When I was growing up, I used a bathroom without any ventilation. No windows, a well-sealed door, and a small, noisy bathroom fan. As one can imagine the steam got trapped every time I showered. It was fun and cozy to have a hot, steamy bathroom while getting out of the shower, but over time, it ruined our bathroom. After a few years, the paint began to bubble and peel away from the ceiling, water seeped into the drywall, and traveled down the seams between pieces. Eventually, the ceiling had large, water and mold-filled bubbles all over it. We scraped the paint off, bleached the mold, sanded, used spackle, repainted, repeat. I finally gave up and started having to shower with the door open to prevent steam from ruining the ceiling more.

We finally bit the bullet and hired a professional to come take a look and re-drywall our ceiling. After walking in the bathroom, he gave a knowing nod and said he had seen this many times before. The main cause of this problem was our bathroom fan. The builder who had installed it put in the wrong kind of fan, and installing the correct fan could have saved us a lot of effort, time, and money (and would have let me shower with the door closed!). We installed a higher powered fan with a damper, and haven't seen an issue since.

So, in an effort to help those who may be experiencing similar issues, or who are doing a DIY bathroom remodel, here is everything you need to know about bathroom fans! 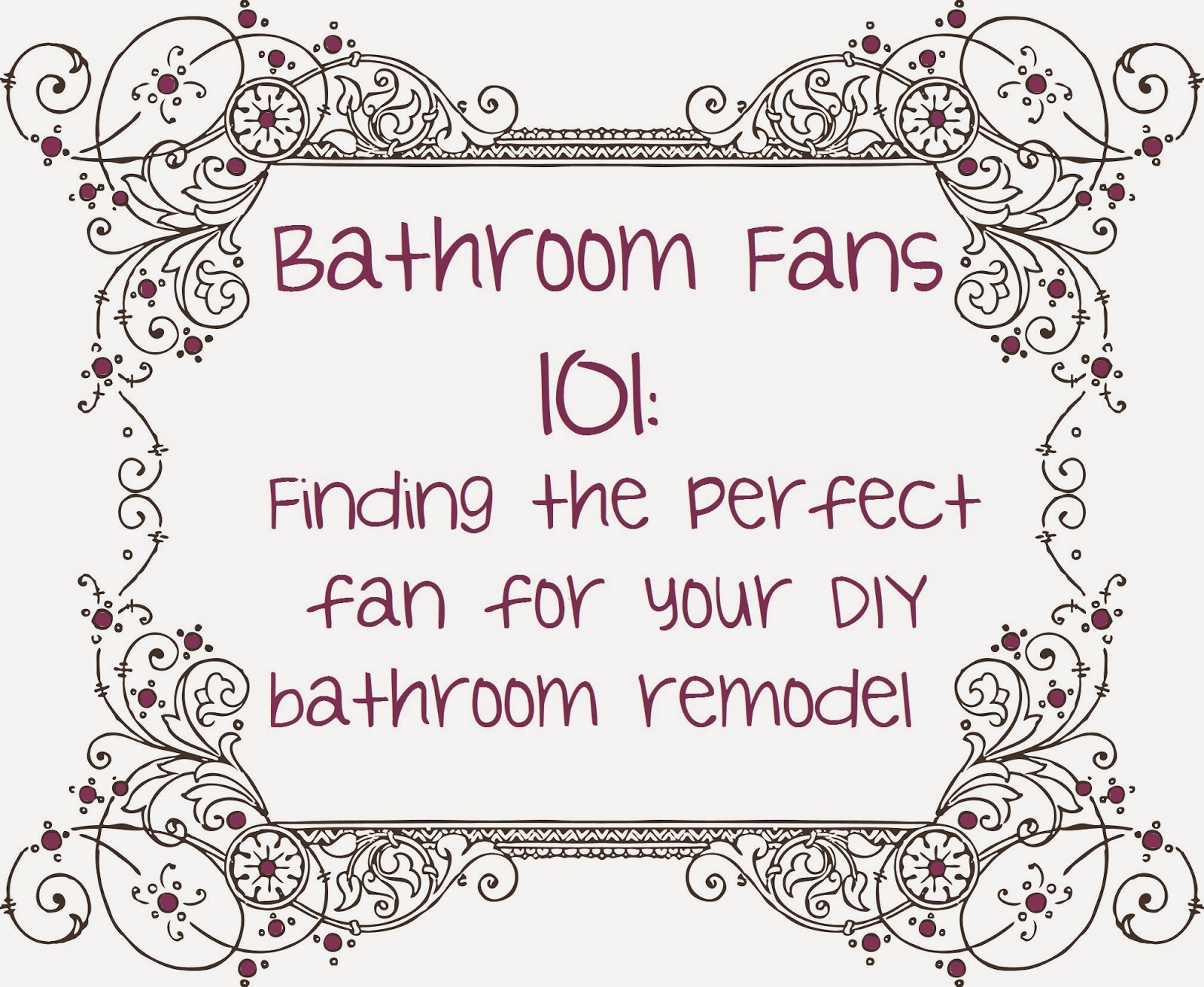 Sones
This is a measurement of how loud the fan is while running. The scale for bathroom fans is from <0.3 to 6. The lower the number, the quieter the fan will be. Typically anything rated 1.5 or below is going to be super quiet and hardly noticeable. These fans typically come with a light so you won't forget that it's running. Choosing a fan's sone rating is based more on preference than function. 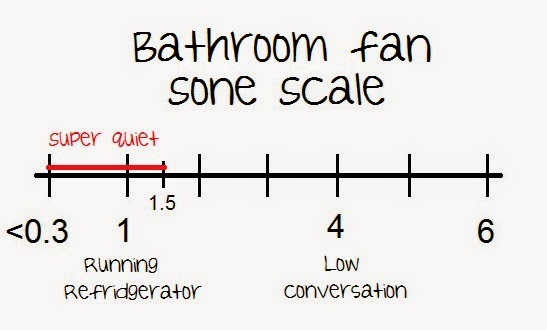 CFM
This stands for cubic feet per minute, and it measures how much air the fan can move. As bathroom size increases, CFM needs to increase, as well. There is a simple formula to use in order to find the minimum CFM for your space.

Broan also has some suggestions for picking out a CFM for your space. They say, "A good general rule for bathrooms with 8' ceiling heights is to allow at least 1 CFM of ventilation for every square foot of room size for bathrooms under 100 square feet.

"For larger rooms, the recommendation is based on adding 50 CFM for each toilet, bathtub or shower and 100 CFM for jetted tubs."

It's always okay and better to go with a higher rated CFM. The higher the number, the faster the air will be replaced in the room. This can solve issues like water condensing on walls and ceiling and bathroom mirrors getting foggy during showers. The larger the CFM rating of the fan, the faster it will take care of any issues.

The maximum CFM for non-commercial bathroom fans is 150.


Ducting
Proper ducting is very important to the function of the fan. In order for it to work properly and prevent problems, the size of the duct needs to match the duct connector on the fan. If the diameter is different, upgrade the duct so that it fits properly. For bathrooms on second story homes, make sure the fan is vented through the attic and out the roof, and not vented into the attic. First story bathrooms (in multi-story homes) need to be vented out through the wall.

Dampers can also be important to the effectiveness of the fan. These prevent airflow in the reverse direction so outside air can't get in through the fan and into your bathroom.


Style and Function
Bathroom fans come in many different styles and functions. What type of fan do you need for your space?

Fans with a light. Many fans options come with two-in-one fan and light feature. If there is an existing light, it's easy to install the light/fan combo in the existing light space.


Hidden fans. These fans may look like just a light, but it's actually a light/fan combo! The exhaust fan pulls in air through the sides of the light, and you never have to see it! This is a great option for those who want to keep their bathroom stylish and not have the fan grate showing on the ceiling. These are my personal favorite.

Here are a few that we carry. To see more, click here.

Fans with heaters. Many fans also come with bathroom heaters. I know I love getting out of the shower to a hot and steamy room, but if the fan is working properly, it can sometimes suck all of the warm air out before I exit the shower. The heater on these fans fix that, and keep the room hot while also clearing out steam. The heater is also able to turn on without the fan to warm the room any time. My favorite Broan model also includes a light and night light while running at 0.9 sones and rated at 110 CFM. It's a fantastic way to keep nice and toasty during the winter months.

Keep an eye out for more bathroom fan posts soon! There are plenty of really cool options I'm really excited to talk about, including energy saving fans and motion sensor fans.
Posted by Home Products, Inc. at 11:35 AM